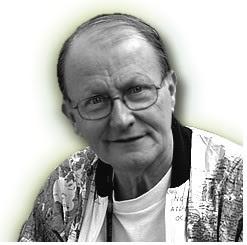 George Verwer the founder of Operation Mobilization writes:
'We seem to have a strange idea of Christian service. We will buy books, travel miles to hear a speaker on blessings, pay large sums to hear a group singing the latest Christian songs- but we forget we are soldiers.’

Suffering has always been part and parcel of Christian mission. The founder of Christianity died on a cross, virtually all the apostles were put to death, and the Christians in the early church until the conversion of the Emperor Constantine were often thrown to the lions or burned at the stake for the amusement of the onlookers.

Throughout Church history it has been the same when the Church tries to reach out in an enemy environment. Jesus had warned his followers that it would be so:
‘They will deliver you to synagogues and prisons, and you will be brought before kings and governors, and all on account of my name. This will result in your being witnesses to them. But make up your mind not to worry beforehand how you will defend yourselves. For I will give you words and wisdom that none of your adversaries will be able to resist or contradict’.
I think of the hymn :
'Must I be carried to the skies on a flowery bed of ease
when others sought to win the prize and sailed through bloody seas'?

The mission of Christ was certainly no ‘flowery bed of ease’. It was foretold by Isaiah that Christ would be a suffering servant ‘a man of sorrows and one acquainted with grief’ He was denied and betrayed by his friends before being beaten , tortured and then finally suffering and dying on the cross . Before his death Jesus told his disciples:


“The hour has come that the Son of Man should be glorified. 24 Most assuredly, I say to you, unless a grain of wheat falls into the ground and dies, it remains alone; but if it dies, it produces much grain. 25 He who loves his life will lose it, and he who hates his life in this world will keep it for eternal life. 26 If anyone serves Me, let him follow Me; and where I am, there My servant will be also. If anyone serves Me, him My Father will honour. (John 12 .23.)

Today in many parts of the world Christians are going through terrible persecution. China, India, Sudan and Vietnam to name a few. The Marechale ( see picture below) the eldest daughter of General Booth of the Salvation Army wrote from her prison cell in the 1880’s: 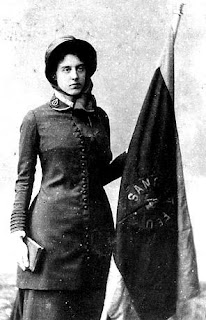 'Jesus was crucified .. Ever since that day, men have tried to find an easier way, but the easier ways fail. If you are to win thousands who are without Christ, you must be ready to be crucified: your plans , your ideas , your likes and your inclinations. Things have changed , you say you have liberty now. Is there? Go and live Christ’s life, speak as he spoke, teach what he taught, denounce sin whenever you find it, and see if the enemy will not turn on you with all the fury of hell… Christ wasn’t crucified in a drawing room. He was no easy chair business… Do you shrink from being bated, misrepresented and spoken evil of ? it is time you were crucified..'
At one stage in my work among among teenagers things were starting to get messy. Though we found it a testing time it was still small beer compared to those suffering in other countries. I had my tyres slashed and some of the other leaders wanted to leave. It was then that certain scriptures (like the ones below) came alive to us. I certainly hadn't needed them for quite a while.

‘Consider it pure joy, my brothers whenever you face trials of many kinds, because you know that the testing of your faith produces perseverance’ (James 1.2.)

'But we have this treasure in jars of clay to show that this all-surpassing power is from God and not from us. We are hard pressed on every side, but not crushed; perplexed, but not in despair; persecuted, but not abandoned; struck down, but not destroyed. We always carry around in our body the death of Jesus, so that the life of Jesus may also be revealed in our body. For we who are alive are always being given over to death for Jesus' sake, so that his life may be revealed in our mortal body. So then, death is at work in us, but life is at work in you.'2 Cor4.7

These became food and drink for the leaders. It was then I realised that God was perhaps doing more in us than he was doing with the youth. The enemy hates what we do and will oppose it.
If things go well all the time, if we never face any opposition perhaps we are not doing the Kingdom of darkness any damage. Will we give up when things get hard? Will we take it as a sign that God isn’t in it. Paul warns the younger Timothy who was prone to timidity in 2 Timothy 4:2‘Preach the Word; be prepared in season and out of season; correct, rebuke and encourage—with great patience and careful instruction’.2.Tim. 4.2

We shouldn’t be surprised when Satan tries to prevent us reaching out to the lost. He will try to cripple us with fear. He will try and make us take the easier option so we don’t have face the flack or the jibs or the gossip.
Let us take Paul encouragement to Timothy as our own.
2 Timothy 2:3‘Endure hardship with us like a good soldier of Christ Jesus.’
Posted by Andrew Kenny at 13:47

Here you have posted another writing that speaks to me deeply. I appreciate this lesson and reminder of our Lord's calling.

I also wanted to remark that although I don't know much about the Presbyterian Church which you have stated your membership in- I have always been very attracted to the literature of Presbyterians. It seems to me, at least here in the States, that they have nearly always been attracted to the same causes that I have felt passionate about. During the civil rights revolution and things like the Vietnam war and even the wars in Iraq and so forth the Presbyterian Church found itself at the forefront of pleas for another, better way of seeing. It has been very articulate and involved in the spread of Peace movements and teachings about non-violent ways of conflict resolution. I have always respected and admired this dedication and tenacity... and resolute commitment to the Christ of the Gospels... no matter what the cost. These types of positions have always met tremendous resistance in my own country. I am ashamed in many ways about that. Conversely, the things I have always found to be proud of in what
I consider to be the true social positons of the Church are exemplified by Presbyterians.
No matter what differences may be found in the differing doctrines of
various expressions of Christ's Church... we are truly brothers.