Revolution of Love by George Verwer

I remember reading this article from the book with the same title many years ago. How true George is, we can know from back to front Calvin's Institutes, Wesley's sermons or even the Bible but still be spiritual babes, unspiritual Christians as well as bad witnesses, if we have no love. I hope like myself you will be challenged by these timely words. AK


There is, I believe, a basic ingredient which is largely lacking in Christianity today, and the lack of it is the source of most of our problems. It is the cancer which is eating away at the church, but it is no secret. In fact, it is so non-secretive that it is written on almost every page of the New Testament. And yet, because the heart of man is deceitful and desperately wicked, and because we are so bent on our own way, we do not see (or seeing we do not believe) that the basic message of the New Testament is LOVE!

It is my absolute conviction that most of us miss this most obvious and most repeated message, even while laying great emphasis on “sound doctrine.”

Well, I would like to ask you, “What is sound doctrine?” We have long discussions on the Second Coming, on the Atoning Work of Christ, on the Church, the Holy Spirit, etc., etc. But what about love and humility and brokenness? These usually go into a separate category, but I want to tell you that if your doctrine does not include love and humility and brokenness, then your doctrine is not sound.

They admit that they know nothing of “laying down their lives ” for the brethren and esteeming the other as better than themselves, and yet they consider themselves fundamental orthodox Christians.

Doctrine cannot be separated from practical living. Brethren, I do not see Jesus Christ as a dual personality, partly doctrine and partly moral, trying to bring to separate realms of truth into our minds. He was not on the one hand trying to teach us what we call doctrine, and on the other hand trying to make us morally upright. It is completely wrong to think of doctrine as being apart from living.

“Oh,” someone says, “there is a good, evangelical Christian . . . he has good sound doctrine. He does not have much love for others and he is not very humble, but he’s very sound in doctrine.” He is not sound in doctrine if he does not love the brethren. What do we read in 1 John 4:8? “He that loveth not knoweth not God.”

There is no sounder doctrine than love, and apart from love there is no sound doctrine. This is the basis of all Bible doctrine. You take the base out and everything you build will eventually collapse

Roger Olsen's blog is one that I have been reading and commenting on for a few months now.
Like myself Roger is unashamedly Arminian in his theology. He is also a first class theologian and has written several books including 'Arminian Theology: myths and realities' which I am reading at present. Roger has done a lot to show that to be an Arminian is not to believe a second class interpretation of Scripture as Calvinists often suggest, but rather it is a purer and much better interpretation than Calvinism and one that is consistent with a God of love. In this article he gives the reasons why  Christian's  should believe the Bible is God's word without having to believe that it is flawless in every way.AK

Here are my answers.

1) If you are depending on the Bible’s alleged inerrancy (strictly interpreted as no mistakes however minor) to believe the Bible’s theological message (gospel truth), you are in deep trouble from the start.

First, common sense says that a person or book does not have to be flawless in every detail in order to be true and authoritative in its main subject. Hardly any textbook meets the standard of strict inerrancy. Probably none do. And yet some, at least, are considered authoritative and trustworthy. My wife loves me; that I do not doubt. However, she sometimes does things that seem inconsistent with true love. So what? In the whole and in the main, for almost forty years, she has shown me love. Am I to doubt her love for me because occasionally during those years she has said things or done things inconsistent with perfect love? Not. (I should really turn this around and talk about my love for her in spite of doing things inconsistent with love. I’m the one much more guilty of that than she! But the point is the same.)

Second, everyone knows and admits that if the Bible is inerrant, it was only in the original autographs, not in any existing Bible (even the best reconstructed Hebrew and Greek manuscripts). Therefore, any existing Bible is untrustworthy as to its entire content? Hardly.

Third, and this will lead into the second question and answer, belief in the Bible’s inerrancy requires faith precisely because only the original autographs can be believed to have been absolutely, technically inerrant. So, it is possible, even easy, to have faith in the truth of the Bible’s theological content, its “Sache” (theological message), even if one does not believe in its inerrancy. Both require faith. Faith in one does not depend on faith in the other.

2) There is no proof of the Bible’s supernatural inspiration, absolute truth, authority other than “the demonstration of the Spirit and power” (Lessing). Without the inner testimony of the Holy Spirit, doubts about the Bible’s truth and authority will always arise because there is no rational proof. There are, of course, internal and external evidences, but they do not add up to proof. If you base your belief in the truth and authority of the Bible on its internal and external evidences, your belief will always be shaky and vulnerable to new discoveries in historical and archeological research. As I like to say, you will have to await each new issue of Biblical Archeology to know whether you can still believe the Bible to be God’s Word (apart from faith).

As I said above, belief in the Bible’s inerrancy requires faith—faith in the inerrancy of the original autographs that do not exist.

I challenge anyone to provide a knock-down, drag-out, absolute, air tight proof of the Bible’s status as God’s Word without any appeal to anything “subjective” such as the inner testimony of the Holy Spirit and (which is the same thing) faith.

Finally, if you base your belief in Jesus Christ as Savior and Lord on the truth status of the Bible rather than the other way around (basing its truth on its power to transform through relationship with Jesus Christ), you are risking idolatry. Jesus is the “Sache” of Scripture. Luther knew it as did Calvin. But fundamentalists and neo-fundamentalists put Scripture over Jesus when they try to make belief in him as Savior and Lord dependent on the inerrancy of the Bible. The Bible, then, becomes the gift in place of Jesus Christ. It should be (and is) the other way around—Jesus is the gift. The Bible is simply the Christmas-wrapped box that delivers him to us. I believe in the Bible’s truth and authority because of him. But that in no way requires belief in absolute, technical, detailed accuracy of every statement of Scripture.

It seems to me that people who insist that Christian faith depends on the inerrancy of the Bible and/or rational proofs of its inspiration ought to sing “My hope is built on nothing less than Scripture and its inerrancy….” Or “My faith has found a resting place in evidence that demands a verdict….”

Having said all that, I will go on to say that there is a vast difference between the Bible and other so-called “holy books.” The difference between the Bible and others book people claim to be inspired is a difference in kind, not just in degree. The Bible only is supernaturally inspired and authoritative for Christian belief (doctrine). Other books for which people make that (or similar) claim are, in opinion, unworthy of it as they contain not only errors but simple nonsense. Of course, I can’t prove that to their adherents, but to anyone open-minded enough to investigate them objectively, their lacking the normative dignity of the Bible is easy to show. That is the role of apologetics—not to prove the Bible is the Word of God (let alone inerrant) but to show its superiority to competitors. Emil Brunner called this “eristics”—the task of comparing world views with the aim of showing that Christianity (and I would add the Bible) is superior in addressing the human condition and revealing God’s solution. 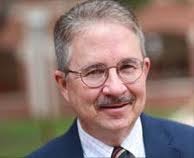 Posted by Andrew Kenny at 13:31 No comments: