Enjoy and be challenged by this inspired preacher.When I first heard of him I thought he was a typical brash,loud, dogmatic American. Over the years I have grown to love him and been inspired by many of his books. Here he tells two great stories. Also check out his website on my favourite links. 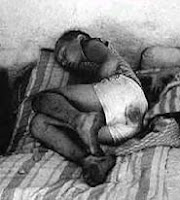 I have been preaching a lot recently on the story of the Good Samaritan. I believe it's a fitting message because there are so many people lying at the side of the road today; there are so many who are suffering and need Jesus - both for salvation and for those practical, life-sustaining needs we all have. At the same time, it has been my great joy to see, within OM, a huge shift in recent years towards the marrying of Gospel proclamation with social action.I have put together a list of "seven people lying at the side of the road." These Seven People (which I also list on the back of my business card) are:
1. Children at risk
AIDS orphans; children on the street; children in slums and garbage dumps; child victims of sex trafficking and domestic abuse; child soldiers: there are so many children in extreme need. If we don't help them, who will?
2. Abused women
I urge you to read "True Grit" by Debbie Meroff, the untold story of the suffering women face around the world 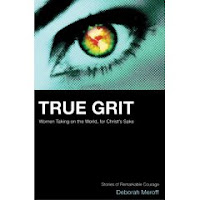 and how powerfully God is using women to advance His Kingdom today. Please email me for your free copy today (georgeverwer.om.org). I would also be willing to send you extra copies to give to friends.
3. The extreme poor
In the West we come across pan-handlers and others who need our help, and we need to continue to help these people with love and wisdom. But I am talking here of whole families who are living on less than a a dollar a day, people who are victims of rampant government corruption and famine. I am speaking of the 200 million Dalits of India who for 3,000

years have suffered severe discrimination and abject poverty; of the millions living in slums, the Tsunami victims of Southeast Asia, the earthquake victims of Pakistan, those starving and suffering under the oppressive regime of North Korea. There are so many in extreme poverty who need our help.
4. The HIV/AIDS patient

40 million have been infected and 20 million have died. Millions of children have been orphaned and whole societies are burgeoning under the weight of so many dying so young. Rather than standing by and judging, let us respond in love and action through in-person help, finance, support of AIDS ministries, prayer and being aware of AIDS in our own communities, churches and families. (Many have HIV and don't know it.)
Let us also take advantage of this opportunity to share the gospel. We have found that, because death is so imminent, AIDS patience are very open to the Gospel.
I want to strongly recommend four books: "AIDS and You" by Patrick Dixon, "AIDS is Real and it's in our Church" by Jean Garland and Dr. Mike Blyth; "The Skeptics Guide to AIDS" by Dale Hanson Bourke; and "I'm not at Risk, Am I?" by Joy and Ray Thomas. Contact me if we can send you any of these titles.
5. People with impure water
Water is becoming increasingly scarce. 20% of the world has no access to clean water. Many must walk miles to get clean water, and so often the ones who do it are children whose bodies are not designed for such back-breaking work. Big cities are running out of water and are shipping it in at gre

at cost, while in other parts of the world the disfunctional water systems are breeding grounds for disease. May each of us be part of the effort to see more people getting clean water, as we seek to preserve what precious water we have stewardship over ourselves.
6. The unborn
Some estimates put the number of children who have been aborted at 500 million. The numbers are staggering, and in many ways I would rather ignore them. But I know that I cannot. I confess, when my close friend Dr. Francis Schaeffer decided to put so much effort into the pro-life movement towards the end of his life, I thought he had gone a little extreme. I no longer feel this way, and repent of my own inaction. In some countries there are more abortions than births, and the laws in some nations allow abortion until the day before birth. How can this be?

With so much abortion taking place, let us not consider it a lost cause and give up. No, many battles have been won, and every battle is a victory; every saved life a real person. I believe that there are thousands alive today who otherwise would not have been without pro-life action. Are not these saved lives worth the effort? Yes, they are!
So let us be people of vision, action and especially grace - grace for the mothers, for those in the pro-choice camp, and for fellow Christians who disagree. Recommended reading: Why Pro Life? by Randy Alcorn.
7. The environment 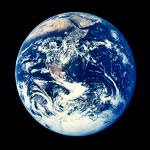 It is a shame that so many evangelical Christians not only have little concern for the environment, but are sometimes known as anti-environmental. How can this be when our Creator God has asked us to care for his creation? Not only is our pollution of the earth totally unacceptable, but this is an issue that our young people care about; and if we don't connect with them on valid issues such as preservation of the environment, how can we expect them to listen to us at all?
Will you be a Good Samaritan?
George Verwer, December 2006
Posted by Andrew Kenny at 12:36 2 comments: