What a spiritual blessing this old saint was to me soon after I became a Christian around 45 years ago when I was only fifteen years old. When doubts, fears, and spiritual battles seemed to overwhelm at the beginning of my pilgrimage, firstly his books, then meeting up with him a few times for spiritual counsel was enough to make me aware of Satan's dirty tricks and equip me for the road ahead. He seemed such an old man to our fellowship group where the ages ranged from about 15 to 26 yet he was dearly loved by us because we could see in him someone who truly loved God and one who dearly loved those he ministered to.AK

Mr William Still of Gilcomston South Church of Scotland, Aberdeen for 52 years.
He was born in Aberdeen in May 1911, the son of William and Helen Still, both from the little fishing village of Gardenstown. From his earliest childhood, young William was taken to the meetings of the Salvation Army Corps in Aberdeen. Already by the age of thirteen, he was a decided Christian. But his childhood and teens were dogged by weakness that at times was almost crippling – and from which he was rescued only by the intervention of a Glasgow physician.
William Still came to his ministry as a child of some of the dominant influences of the evangelical world of the mid-twentieth century: the theology of The Salvation Army, the general ethos of The Scofield Reference Bible, and the emphases of the older quasi higher-life type Bible teachers. In the post-war years there were bright and busy evangelistic meetings with large numbers of converts ‘falling into the Lord’s hands like plums’, as he put it.
Then came the first revolution: he ‘stumbled’ on expository preaching as on successive Sundays he found himself, as if by accident, preaching consecutively through a portion of Romans. He saw that the task to which God was calling him was to build strong Christian character through the ministry of God’s Word, patiently expounded and searchingly applied to the consciences of his hearers. Putting these convictions to the test, he abandoned the Saturday night evangelistic rallies and began a prayer meeting instead. 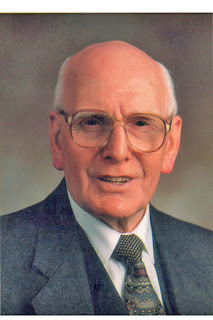 He continued to find the light of Scripture breaking into and reshaping his thinking – and as he did so, he drew the congregation through the experience with him – until his theology became increasingly moulded by Scripture and distinctively Reformed in character. He preached (and wrote) his way through the entire Bible several times.
There were no organizations in the congregation, with the minor exception of a Sunday School for children under seven. Beyond that the church was seen as a family, and its gatherings were regarded as relevant to all the members. This applied equally to the two Sunday services, the mid-week Bible Study and the Saturday night meeting for prayer. His central emphasis was on the ministry of the Word and prayer, worship and fellowship, and the consequent witness of the church as individuals and as a fellowship in the city and beyond.
On his eighty-sixth birthday, William Still demitted the pastoral charge of the congregation he had served with unstinting devotion for 52 years. He died in July 1997.
Posted by Andrew Kenny at 11:42